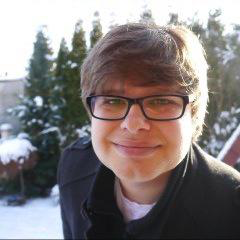 OTP is a wonderful tool that allows us all to develop robust, fault-tolerant applications. The standard behaviours like gen_server or supervisor are bread and butter of Elixir and Erlang programmers. But what's beyond that? This talk will explore the world where we need something more than a plain gen_server and a better abstraction is hiding right behind the corner.

The audience is going to learn about special processes and the concepts of behaviours. Together, we're going to look into how a gen_server works and analyse couple custom OTP behaviours used in popular libraries to finally build one of our own.

Student during mornings, developer at afternoons and open source contributor by evenings. Michał is programming languages enthusiast, focusing mostly on the functional side. He is a member of the Ecto core team and maintainer of the MongoDB adapter. He's Google Summer of Code 2015 alumni, where he worked on Ecto and it's MongoDB integration supervised by José Valim himself. When not programming he enjoys reading books, travelling, and sailing - no matter if sunny, rainy or stormy - it's even better if all of those are combined!