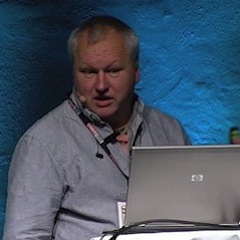 MAPs Now and Then


Kenneth Lundin
Manager of the Erlang/OTP Dev Team at Ericsson


MAPs Now and Then

MAPs is a new datatype which maps "keys" to "values", introduced in Erlang/OTP 17.0. This talk is giving an introduction to how MAPs works both in the language and how they are implemented in the Erlang VM. The talk will also elaborate on the way forward since all features regarding MAPs are not implemented yet.

Kenneth Lundin has been working with SW development since the late 70s. As a curiousity it can be mentioned that Kenneth was one of the pioneers in the use of C++ at Ericsson. Unsurprisingly Kenneth's interest for OO languages has been slighty revised since then. He joined the Erlang/OTP project in it's early stages 1996 and has been working both with application components and the runtime system since then. Has been managing the team for about 10 years now.