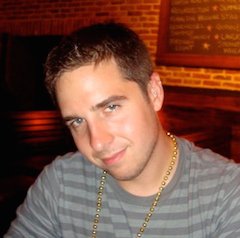 NoDB: A Database For Lightspeed


NoDB: A Database For Lightspeed

While strong consistency has its strengths, it just doesn't cut it for starships replicating their databases while traveling near the speed of light, here latencies can be astronomical. NoDB is a database overlay that allows synchronization between multiple systems which assumes latencies can be large and the order of operations is undefined. This talk will describe Klarna's experience using eventual consistency with a focus on how to go from a strongly consistent database to a hybrid environment.

- By the end of this talk, viewers should have a feel for the strengths and weaknesses of eventual consistency.

- This talk will be appreciated most by those working in or considering an eventually consistent database but it does not require knowledge on the subject in order to understand it.

Malcolm is a distributed systems enthusiast. He has been a code grunt at Klarna for over two years working on Klarna's next generation highly available purchase taking system. He spends most of his time somewhere between the business logic and the database. He enjoys functional programming and eating steak.