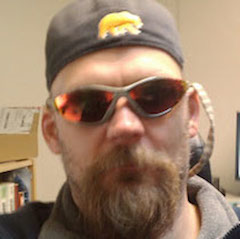 Taking the printf out of printf Debugging


Taking the printf out of printf Debugging

Debugging a realtime system is hard, especially if the bugs only appear on a live system. Debuggers cannot be used, and printf debugging is often deemed too risky. The Erlang runtime offers a way to do on-the-fly instrumentation on the function level through the erlang:trace/3 function.
This talk will discuss the trace BIF and how to use it. It will also describe redbug, a user-friendly and safe interface to the trace BIF. War stories will in all likelihood be offered.
Talk objectives: Describe the Erlang tracing functions and how to use them.
Target audience: Developers and ops people, especially those working on large, embedded, real-time systems.
Slides
Video

Mats has a Ph.D. in Experimental Nuclear Physics; thus achieving a singularity in the ratio (impressive sounding)/(useful). He spent 10 years at Ericsson, mostly on the AXD 301 project, learning to write and debug Erlang. He currently works for Klarna, writing and debugging Erlang.