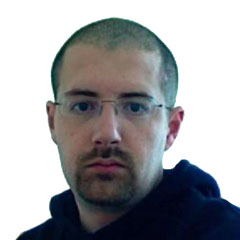 Knit: A New Tool for Releases and Upgrades


Knit: A New Tool for Releases and Upgrades

If you've ever wondered about how Erlang releases and upgrades work, this talk is for you. This talk will be a whirlwind tour from hot code loading mechanics all the way through applying release upgrades. This talk will also announce Knit, a new tool for release and upgrade generation. Anyone familiar with the basics of Erlang will be able to follow this talk easily. Anyone that's ever done `c(module).` in the shell will have enough background to understand the concepts. This talk is intended to be both an exploration of how releases and upgrades work as well as how Knit helps users work with them.

My primary goal is to provide a clear introduction to releases and upgrades. There's currently no good tutorial/beginner's guide which gives them an artificially high learning curve. Secondarily to that I'm also going to describe a new tool I've written to help working with releases and upgrades.

Anyone interested in seeing more information on releases and upgrades for deploying Erlang code into production. It should be helpful for anyone wanting to learn how to run production deployments or wants to learn how to generate them more easily.

Paul Davis has been working on Apache CouchDB for nearly five years. For the last three years he's been doing that work professionally at Cloudant helping to develop and operate a distributed version of Apache CouchDB.

When not programming he's usually attempting to smoke a rack of ribs or brisket into delicious submission.