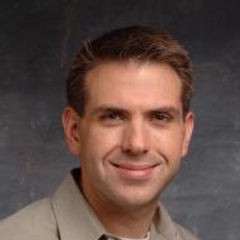 Keynote: Erlang, Open Networking, and the Future of Computing


Keynote: Erlang, Open Networking, and the Future of Computing

Erlang is poised to be at the center of a massive disruption in computer networking – the shift from hardware-defined to software-defined systems. Stu will explore the many benefits that software-defined networks (SDN) deliver in cost, scalability and control. The emergence of SDN also raises important questions about the future of proprietary vs. open-source networking software. Stu will discuss why the Erlang community is uniquely positioned to drive the debate.

Stu Bailey is the founder and chief technology officer of Infoblox, a leader in automated network work control, where he defines the company's technology vision. Before starting Infoblox in 1999, Stuart spent five years as technical lead at the Laboratory for Advanced Computing/National Center for Data Mining at the University of Illinois at Chicago, where he led teams in developing advanced distributed data architectures. Based in California’s Silicon Valley, Stu is an Erlang enthusiast and is driving a vision for an Erlang-based OpenFlow switching platform through his research team’s work at FlowForwarding.org.