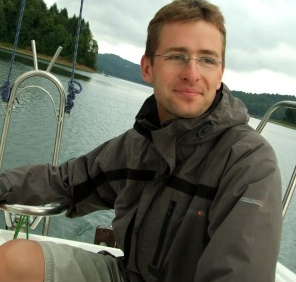 
Wojciech Turek
Let It Be Simple, Let It Be Multiple

The Evolutionary Multi-Agent System (eMAS) is a meta-heuristic which combines concepts from evolutionary algorithms and multi-agents systems. It has proven usability and efficiency in many real-life optimization problems. The idea introduces algorithms more similar to biological evolution than classical evolutionary methods. However, existing implementations of the eMAS suffer from limitations imposed by the features of underlying technologies, making it impossible to create fully asynchronous population.

In this talk a novel algorithm for agent-based evolutionary computation is presented. The individuals are represented by fully autonomous and asynchronous agents, which continuously perform genetic operations. Results show that the lack of synchronization leads to far better convergence. Efficient implementation of the algorithm was possible only through the use of the Erlang technology, which natively supports lightweight processes and asynchronous communication. The solution has been tested on a 64-core computer to prove its high performance and scalability.

- Present the agent system paradigm and its relation to Erlang actor model
- Describe the domain of computational problems which can be solved using eMAS approach
- Present three different methods of implementing eMAS using Erlang
- Explain the results, show the new field of applications for Erlang

Wojciech Turek received his Ph.D. in 2010 at the AGH University of Science and Technology in Krakow. Since then he has been working as an assistant professor at the Department of Computer Science. His research interests include functional programming, agent-based computations and multi-robot systems.

He's involved in the Paraphrase project.