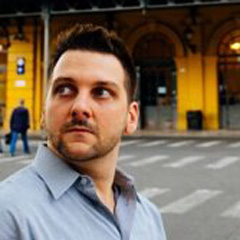 HTTP/1 has had a good run, and to be honest, it's not going anywhere anytime soon. What it is doing, is going through TCP connections like nobody's business! If you're looking to streamline communications overhead between a browser and a server or lower the network traffic of your webservice calls, you might want to get on board this HTTP/2 bandwagon.

I'm going to chat with you all about the HTTP protocol. How it does the things that it claims. What's so cool about HPACK? (Spoiler: it's the dynamic table, and the static table, and the Huffman encoding, ok there are a lot of cool parts).

Then we'll talk about the Erlang implementation I've been working on, Chatterbox. And how far I've gotten with it. It wasn't done when I wrote this abstract, so we'll see how far I got together in Stockholm. I'll have future work outlined as well, which at some point I hope means being able to use Chatterbox as the HTTP server for WebMachine.

Talk objectives: I want you to love HTTP/2, but you don't have to. You can hate it, but at least you'll know more about it, and we'll have some fun along the way.

Target audience: Those curious about HTTP/2, and how an Erlang implementation works. People who like pattern matching binaries. Protocol droids.