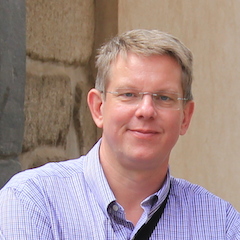 
Erlang and Java - a Happy Marriage

Erlang is great. Unfortunately in the real world sometimes our beautiful Erlang programs are forced to communicate with subsystems written in Java, or use Java libraries. This talk presents a library, JavaErlang, which takes away the dreary aspects of interfacing Java and Erlang code.

The talk aims to convince the listener that interfacing Erlang and Java code can be almost painless.

Erlang programmers or system architects who are considering building an application with mixed Erlang and Java parts.

This tutorial introduces the jsongen library which, with the help of QuickCheck, can automate part of the testing of a web service which communicates using JSON. The approach uses a JSON schema description of the web service to drive testing.

The tutorial aims to introduce the:

(i) the jsongen library, and

(ii) provide a brief overview of the JSON schema language.

Lars-Åke first learned of Erlang when attending a course on "Declarative Real-Time Programming" at the Royal Institute of Technology in 1991. Working at the Swedish Institute of Computer Science (SICS), the relationship with Erlang continued; one outcome was a formal semantics for Erlang (part of his PhD thesis in 2001). Lured to Madrid in 2005, Lars-Åke found more free time to work with Erlang resulting in a number of articles concerning the "real" communication guarantees of Erlang (more tricky than you think... He also tries, mostly in vain, to convince his office mates and students at the Technical University of Madrid that Erlang has a much better concurrency model than Java.