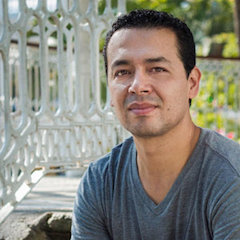 Discuss how the context change when you are coming from Ruby and Rails into Elixir and Phoenix and how can we map what you already know to build Web applications with Phoenix.

Session will be based on my current experience deploying a small Phoenix project.

This talk will use Ruby and Rails as a base of comparison but it can be useful as well for people that is looking to start doing Web Development on Elixir.

- Suitable for people beginning with Elixir and Phoenix, even better if they have knowledge on Ruby and Rails.

I'm a software engineer working at http://michelada.io on Ruby-related projects for more than 7 years now. I teach Ruby and Rails in Mexico and Latin America. I run RailsMX community and I'm currently writing a book "Aprendiendo Ruby on Rails 4.2" in Spanish.