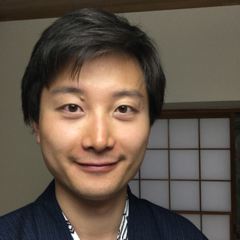 A Little Replica of the Internet in Elixir


A Little Replica of the Internet in Elixir

How does the Internet work? As web developers we may know about HTTP, DNS and TCP, but do we know how the Internet really works? In this talk we will use Elixir to explain some of the basic concepts that power the Internet. We will see how to build a router, how to propagate the topology of the network and how to build a routing table for faster lookups. Then we'll connect some of these routers in small regions, and connect these regions together to have our own little replica of the Internet. At that point, we will start sending messages around the network and follow them on their path. In the end, we will shut down some nodes to see if our own version of the Internet is able to handle failure and recovery.

Ju was born in China, then as a kid moved to Italy. He grew up and cofounded a consulting company in Turin. After some time, he decided to start a new adventure and moved to London, where he works at Erlang Solutions as an Elixir Engineer. He loves to solve hard problems and build amazing products. When he’s not doing that, he’s probably rock climbing.