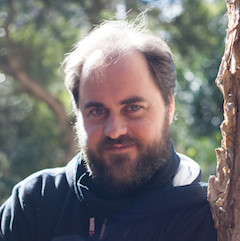 Sneaking Erlang in Through the Back Door


Sneaking Erlang in Through the Back Door

Plenty of people would love to use Erlang in their work, but find themselves stuck with management that insist on C++ or Java because “that's what everyone else uses”. Seemingly obvious questions like “how do you plan to a get ahead of our competition if we do exactly what they do?” don't seem to work as well as you might hope. If simply saying to your boss “I think we should use Erlang” works for you, that’s awesome. For many, though, institutional inertia and resistance to change can doom them to being stuck with inappropriate, outdated or just plain bad technology choices. I'll present a case study of how we went from an almost purely C++ codebase to writing all our new code in Erlang as well as beginning to replace some of the C++. Some of the areas covered will include: * How I became convinced that our first Erlang evangelist wasn’t crazy * How we went about convincing everyone else we weren't crazy * How to connect Erlang to your existing binary, compiler dependent IPC protocol with only a moderate amount of hair-tearing-out * Unexpected problems that you'll want to avoid so that people don't go back to thinking you're crazy again * Some questions we were asked and how to address them While I make no promises about how helpful this might be for anyone else striving for the same goal, it may at least give you some hope that it's achievable.

I aim to give an example of how to introduce Erlang's use into a company which has a large existing legacy codebase in a way that won't simply be blocked for being "all too hard/risky/crazy".

Developers of any skill level who are interested in getting Erlang adopted within their company.

Bernard has been working on ShoreTel's (and previously M5 Networks') hosted business telephony system for over seven years, over five of which have involved increasingly extensive use of Erlang. In past lives he has worked on biomedical robots, a single sign-on system, and several console games. He'll tell you about some of the games sober but others will require significant plying with alcohol to extract the names of. Bernard lives in Canberra with his wife, daughter, dog, and collection of single malt whiskies.