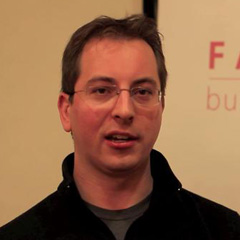 Intro to Haskell for Erlangers


Intro to Haskell for Erlangers

I'll cover the benefits and use cases for Haskell, and try to introduce the syntax and concepts in a way that will be familiar to Erlang programmers. I'll highlight the parts of modern Haskell that are relevant to Erlang's domain: parallelism, concurrency, and distribution.

The talk aims to make getting started with Haskell a bit less intimidating for Erlang developers. After the talk, the audience should have a pretty good foundation and some pointers for self-study of Haskell later.

Functional programmers who are interested in adding another language to their arsenal.