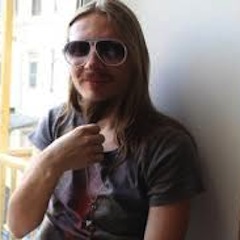 N2O - The Most Powerful Web Framework


N2O - The Most Powerful Web Framework

Nitrogen 2 Optimized, N2O was started as the first Erlang Web Framework that relies completely on WebSocket transport. Great compatibility with Nitrogen was retained and many improvements were made, such as binary page construction, binary data transfer, all events transmitted over WebSocket channel, minumum process spawns, work within Cowboy processes. N2O page renderer is several times faster than the original one.

N2O is an unusual framework that solves problems in different web development domains while staying small and concise at the same time. Started off as a Nitrogen concept of server-side framework it can also build client-side offline applications using same site sources. This becomes possible with the powerful Erlang JavaScript Parse Transform which extends Erlang language to JavaScript platform with two-side interoperability. You can as well use Elixir, LFE and Joxa languages to develop your back-end.

Maxim (@5HT) is an author of the fastest Erlang web framework for WebSockets. He spent 10 years in enterprise Java/.NET consulting business and now has fully switched to Erlang and skiing.