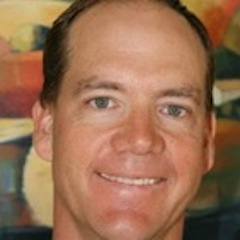 That's 'Billion' with a 'B': Scaling to the Next Level at WhatsApp


That's 'Billion' with a 'B': Scaling to the Next Level at WhatsApp

What has hundreds of nodes, thousands of cores, hundreds of terabytes of RAM, and hopes to serve the billions of smartphones that will soon be a reality around the globe? The Erlang/FreeBSD-based server infrastructure at WhatsApp. We've faced many challenges in meeting the ever-growing demand for our messaging services, but as we continue to push the envelope on size (>8000 cores) and speed (>70M Erlang messages per second) of our serving system, Erlang continues to prove its capability as a versatile, reliable, high-performance platform. In this talk, I'll share many of the scalability and reliability insights, techniques, and downright hacks we've developed in the two years since my previous scalability talk at this conference (including data storage, messaging, meta-clustering, beam/OTP patches).

The goal of this talk is to illuminate some of the challenges faced in scaling our server systems to meets the demands of a larger user population and greater messaging volume and to describe our solutions to those challenges. Also, Erlang rocks!

Anyone seeking advice in scaling up large serving applications on Erlang.

Rick Reed is a software engineer at WhatsApp, a technology startup founded in the heart of Silicon Valley. WhatsApp Messenger is a cross-platform mobile messaging app, and Rick's work at WhatsApp focuses on performance and scalability of the company's server systems. Prior to joining the WhatsApp team in 2011, Rick spent 12 years at Yahoo! working on the company's platform infrastructure. Before Yahoo!, he was at SGI where he worked on interactive TV services and built SGI's disk-based broadcast VTR system. In the early 90's, at Metaphor Computer Systems, Rick developed Metaphor’s Internet services gateway for their distributed decision-support system. Rick launched his software career at Aion Corporation developing the platform for the company's expert system development environment.   Rick received his BS/MSEE from Stanford.