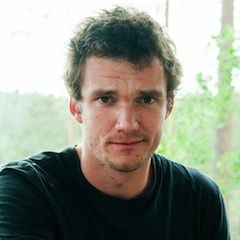 The talk will be given by Sergey Ignatov and Sergey Savenko.

The matter of which IDE should one use for Erlang programming is often discussed by erlangers. As in any other dispute on IDEs there are different groups of programmers: some prefer their favorite text editor and a bunch of tools around it, others are more into using an full-featured IDE. This talk introduces IntelliJ IDEA as Erlang development environment.

Encourage erlangers to try the Erlang plugin, showcase main aspects of it's setup and usage. Get feedback from the community.

Erlang developers and those who teach Erlang

Sergey Ignatov graduated the St. Petersburg Politechnical University and is now working as a software developer for JetBrains in the IntelliJ team. He's the creator of the Erlang plugin for IntelliJ IDEA. In his spare time he's a passionate climber and snowboarder.