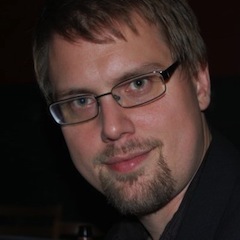 The last years Tobias has been focusing on two major paths in Klarna. One part is building a new scalable, highly available, fault tolerant, service oriented architecture for the real time part of the business system. The other part is performing devops maintenance and optimization of the current system. The latter involves a lot of both online and offline profiling, and some serious diving into the Erlang virtual machine and its interaction with the operating system.

Formerly a PhD student in computer science, with a focus on static analysis and programming language design. In particular, Tobias has been working a lot with Erlang, both in the HiPE native code compiler and with the bug-finding tool Dialyzer, for which I was the original main developer.

As an employee of Uppsala University he also taught programming, compiler techniques and data mining, focusing on the last year students. He also supervised master students in their thesis work in static analysis of software.