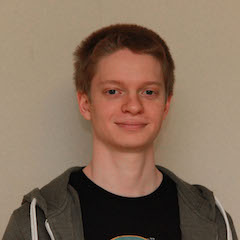 Eric will talk about the Hex the package manager and how it integrates with the Mix build tool. The talk will go in-depth about dependency handling with Mix, the inner workings of Hex and what it brings to the table. Eric will show the changes that are being made to Hex to enable integration with Erlang tooling and explain why we want to make Hex the package manager for the Erlang VM. Finally it will be shown how Mix and Hex can be used by Erlang developers.

All Erlang and Elixir developers.