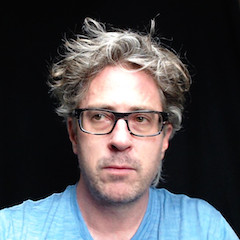 The Timeless Way of Building Erlang Apps: In Search of a Useful Pattern Language


The Timeless Way of Building Erlang Apps: In Search of a Useful Pattern Language

The software patterns movement claims to take inspiration from Christopher Alexander's "The Timeless Way of Building" - but they got it wrong! Alexander wants a pattern language to create things that are human and alive. He wants to empower people, not only architects, in a process of discovering practical patterns that feel good when used. The software patterns movement instead gives us abstract, contrived patterns from so-called architectural master minds that focus on code reuse and productivity, but are void of life.

In this talk Garrett will lay out a plan for taking back software patterns - and he'll use Erlang as a model! He'll outline a methodology for pattern discovery and present a number of specific patterns that Erlang programmers can use to build programs that feel alive - that embody what Alexander calls the "quality without a name".

If it sounds ethereal and over reaching - come and be surprised! Human experience, informed by our emotion, can be used to discover patterns in Erlang that can be used to build better programs. The content will be specific, technical and practical. And it will be a total blast!