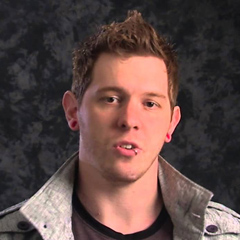 Building And Releasing A Massively Multiplayer Online Game With Elixir


Building And Releasing A Massively Multiplayer Online Game With Elixir

When a small startup of experienced game developers in Seattle finished their first game, an open-world single player zombie survival game, to rave reviews they continuously received the same feedback - "No multiplayer?". Building the necessary software infrastructure for a massively multiplayer online game historically requires large engineering teams, even larger operational support organizations, and can take years to finish. With a big success under their belts the organization had a choice to make: Go through a massive growth period, potentially ruining the culture they worked so hard to cultivate or hire smart, work even smarter, and use the right tools for the job. In this talk you will experience this story from to back. Come hear how Undead Labs grew from a small 20 person game development shop creating a single player XBox 360 Live Arcade Game, State of Decay, to a multi-game studio bringing State of Decay and more to the online space. You will hear how we leveraged Elixir, the OTP ecosystem, and DevOps to create the foundations of Undead's online platform while simultaneously developing multiple games and the personnel required for the studio's future.

This talks will be an entertaining and informative talk aimed to teach people:

Jamie has been fulfilling various engineering roles developing online games for the last 8 years. He has worked on multiple online games including League of Legends, Guild Wars 2, TERA, Lord of The Rings Online. Jamie is currently working at Undead Labs as a Network Server Programmer building a distributed online game platform using Elixir for the follow-up to 2013's State of Decay and collectible creature battler, Moonrise.