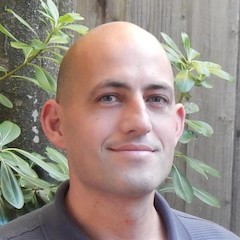 DIY: Using Erlang at a SF Startup From Day 1


DIY: Using Erlang at a SF Startup From Day 1

Template for any new startup in SF, or anywhere, to use Erlang in the company from day 1.

It isn’t hard at all, and a much better choice than many languages to build your startup on.

* Orchestrating and communicating with other languages:

** Data Science in a box

* Hiring Developers (easier than you think):

** Get one or two Erlang Developers (or learn it yourself), then have then teach new hires

Noah started his professional career at 18 years old by working at ABC Network News as a television editor and engineer for the national news. Since then he has worked as an author, software engineer, network engineer, video engineer, founded two companies, and led engineering at several companies. Both of Master's degree have occurred while he has been employed full-time and been active running marathons, which has allowed him to figure out how to prioritize resource allocation under severe constraints.

* Solving interesting (tough and scary) problems, in any language and any environments.

* Adapting to my environment and dealing with resource constraints