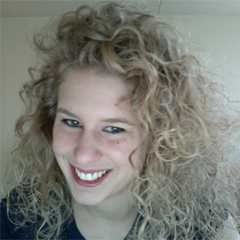 Making distributed systems that scale to many machines is easier done with Erlang/OTP than most other technologies. Deploying, managing and monitoring thousands of Erlang nodes prepared for massive load, however, remains a tough (and repetitive) challenge. In the context of the EU funded RELEASE project, the main task of WombatOAM is to provide the scalable infrastructure for deploying thousands of Erlang nodes. It provides a broker layer capable of dynamically scaling heterogeneous cloud clusters based on capability profile matching.

In this talk, I will tell you how the scalability and robustness capabilities of WombatOAM were addressed, allowing us to deploy and monitor 10,000 Erlang nodes running an ant farm simulation in 4 minutes. The talk will cover the journey – focusing on the analysis of WombatOAM (using WombatOAM, as we like dog food), on the applied techniques and on the key decisions taken when advancing WombatOAM.

Developers, Support and Operations staff who believe devops is the way (and do not want to be woken up at night).

Viktória first came in contact with Erlang in 2010 when she joined the RefactorErl project. Between 2012 and 2014, she worked as a researcher in RefactorErl and in the PharaPhrase FP7 EU project. Since 2012, she has been active as a researcher: co-authored papers in the ACM SIGPLAN Erlang Workshop, in ‘Proceedings of Trends in Functional Programming’ (TFP), in ‘Lecture Notes in Computer Science’ (LNCS) and in Computer Languages Systems & Structures (COMLAN). She is Member of Program Committee for the ACM Erlang Workshop 2016.

She joined Erlang Solutions in 2014. She worked in the RELEASE FP7 EU project and has become the WombatOAM's Technical Lead. She is currently working on exploiting CRDTs and causal consistency to ensure operations in unreliable networks as part of the SYNCFREE FP7 EU project.

Coincidentally, her favourite animals are wombats and hedgehogs.