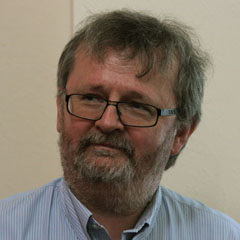 The panel discussion will focus on programming models and will be moderated by Bruce Tate. We'll start by asking each inventor about their approach when creating their languages:

·       What unique advances in usability did your language make?

This opening will lead to a Q&A discussion on what the language inventors got right and what they would do differently today if given the chance to start again. What decisions made the biggest impact on that solution? What are the consequences of those decisions? Don't miss this opportunity to learn directly from language creators!

25 years ago John published "Why Functional Programming Matters", a manifesto for FP--but the subject is much older than that! In this talk John will take a deep dive into history to revisit a personal selection of highlights.