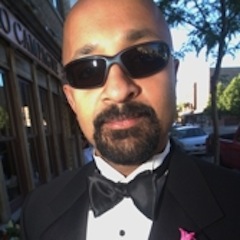 Drinking from the Firehose - the Erlang Way


Drinking from the Firehose - the Erlang Way

Imagine that you have tens of millions of endpoints, each of which is sending you a constant stream of data - to the tunes of petabytes per second. You also have millions of uses who want to monitor and administer them. And don't forget all the historical reports that these users insist upon all the time. And imagine that this these users and endpoints are distributed all over the world.
This pretty much describes our environment - one that we've implemented with not just Riak, but also ElasticSearch, *and* Cassandra (because why go with one, when you can have all three!) - with Erlang tying all the moving pieces together.
Join me as I show you how we successfully drink from this firehose of data without spilling a drop.

- Understanding how to architect *very* loosely coupled systems in a polyglot persistence world - through the magic of erlang;

- Any architect for that matter.

Mahesh is the V.P. of R&D at Ubiquiti Networks - a manufacturer of disruptive technology platforms for emerging markets. He's been involved in ‘Internet Stuff’ since Day Zero (remember Gopher?), and has spent the recent past building out Erlang-based massively concurrent Cloud Services and VoIP platforms.

He has the - dubious - honor of being involved in creating the first web/e-commerce system, the first Java based financial services platform, as well as the first Erlang-based cloud PBX, three products he may never live down.

Mahesh was previously the CTO of Vocalocity (now Vonage Business) after its merger with Aptela - where he was a founder and CTO. Before that, he was V.P. of Development at Neoglyphics Inc, and CTO of Proxicom where he also led the Technology practice. He has a B. Tech from the Indian Institute of Technology - Kanpur, and an M.S. in Electrical Engineering from the University of Notre Dame.