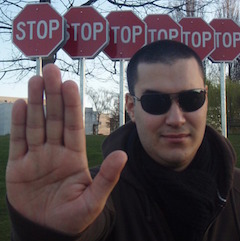 In this talk we are going to introduce a Haskell API that replicates some of Erlang features like actors, gen_server and supervisors, distributed computing with the safe net of types.

This talks tries to:

- This talk is addressed to the curious Erlang developer that would like to know other options to Erlang, without stop thinking about the Erlang Way™ of doing things

Roman Gonzalez is one of the co-founders of Birdseye Software, he has done many consultancy jobs in the past using Ruby on Rails, and has lead the development team of a local startup, he has participated in many open source projects using Ruby, Clojure, elisp and Haskell.