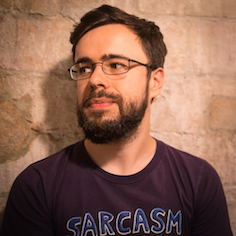 Available CPU boards are either to large (can run Linux easily) or too small (Arduino size) to make much sense running a Erlang VM close to the hardware. We are developed a CPU board just in the right size to implement interesting applications in Erlang close to the hardware. Building on a updated port of Erlang to RTEMS realtime operating system this board will boot very quickly after power on into a Erlang VM right out of the box. It features Wifi for connectivity to PMOD sensor and actuator boards with a platform for device drivers. This will be the ideal platform for experiments with Erlang Embedded Wireless application. The talk will demo the board together with several PMOD sensor/actuator boards with wireless Erlang distribution and explain the architecture and the current status of the Erlang/RTEMS = Grisp port and the PMOD Erlang device driver platform.

Show how to quickly prototype Erlang Embedded Wireless Applications, give a overview of the available PMOD and other compatible sensors and actuators.