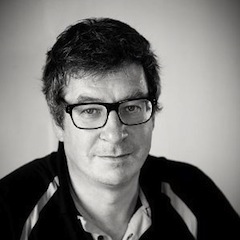 
From NoSQL to Mo' SQL - Adding Structure and Queriability to Riak

Riak is an industry leader in the NoSQL space but with the new Riak Time Series offering more traditional tools like native SQL querying is being added. This talk will look at meta-programming being used in a gossip-based cluster to build an adaptive Riak that reconfigures itself to handled structured data - and how we use standard SQL to interrogate that data.

Explain the new capabilities and techniques in Riak TS

Gartner says there will be 26 billion connected devices by 2020. Cisco believes that number will be between 50 to 200 billion devices, while both Intel and IDC forecast upwards of 200 billion.  No matter who is right, the number of devices is exploding and the primary type of data being generated by most of these is Time Series data.

Riak TS is the only enterprise-grade distributed NoSQL database optimized specifically for IoT and time series data. By co-locating time series data, Riak TS provides faster reads and writes making it easier to store, query, and analyze time and location data. Like Riak KV, leveraging all the benefits of Erlang, Riak TS is highly available, scalable, and easy to operate at scale.

To get you running up and quickly, we will take you through four key steps to get you effectively using Riak TS:

Time Series data is fast becoming the big kid on the block. Learning how to get Riak TS up and running quickly will empower you to take advantage of this data explosion and make you more effective in handling this data to power your IoT use cases and applications.

Anyone responsible for working with IoT style or time-ordered data that needs fast write throughput, easy and SQL-like functionality.