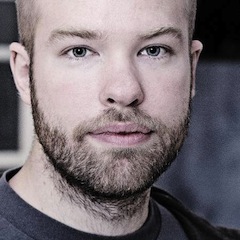 Creating a BitTorrent Implementation in Elixir


Martin Gausby
Founder of the Copenhagen Elixir and Erlang Meet Up


Creating a BitTorrent Implementation in Elixir

In this talk I will talk about the bits and pieces we will need to implement BitTorrent in Elixir.

Many have embarked on the adventure of making a BitTorrent implementation in Elixir, and according to the many GitHub repos most of them have stranded. I think this is a mixture of coming from different backgrounds, which makes thinking in processes hard, and perhaps the seemingly good specifications, which often leave the implementor with new questions than the ones that just got answered.

I will attempt to give an overview of the protocol. Talk about how we would implement such a beast; talk about where the Beam helps us, and where we have some pain points.

Encourage Elixir programmers to take on a bigger task that will require them to use and learn about most of what's available on the platform.

Founder of the Elixir and Erlang Meet Up Group in Copenhagen. Martin has spent years configuring his Emacs. He learns as he goes.