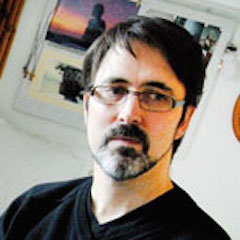 Emulating the Essence of Erlang in RVI


Emulating the Essence of Erlang in RVI

The Remote Vehicle Interaction (RVI) framework, which is evolving towards an automotive industry standard, needs to support multiple implementations and multiple transports. Still, having the initial implementation in Erlang offers us an opportunity to learn from the best that Erlang has to offer. Erlang is, after all, at its core an enabler for distributed asynchronous messaging applications. But which specific Erlang features can - and should - be emulated in a generic communication framework, and how? In this talk, I will try to explain how Erlang philosophy can simplify communication and client programming in the Internet of Things, and describe my approach to achieving some Erlang goodness in a slightly different context.

Highlight some core principles of Erlang and explore their general applicability.

Ulf has been programming Erlang since 1992, bought the first commercial Erlang license in 1993, and made it a full-time occupation in 1996. Since then, he has worked as Software Architect at Ericsson, CTO at Erlang Solutions and co-founder of Feuerlabs Inc. Now, Ulf works as a freelance consultant and is currently involved in the GENIVI alliance. While not programming, Ulf sings professionally, mostly with his wife Katarina Pilotti.