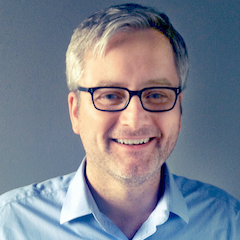 Keynote: Elixir by the Bellyful


Keynote: Elixir by the Bellyful

Elixir makes me happy, and I bet it will make you happy too. OK, but why is that? Elixir is a modern functional programming language with productive “dev joy” tooling, and it sits atop a decades-stable, crazy-scale, battle-tested foundation: the ErlangVM and OTP. In under three years after Elixir reached 1.0 it has already topped big, popular languages like C# on Stack Overflow’s "2017 Most Loved Language” list. After this session you will understand what makes Elixir special, the ecosystem will be illuminated, and you will have the "why, what, and how" knowledge to confidently begin your Elixir journey.

Bryan Hunter is an independent software developer with over two decades of consulting experience in complex business domains. He is the founder of Nashville Functional Programmers (@NashFP), and enjoys supporting FP communities around the world. Bryan is an international speaker and has shared his experience in Lean and functional programming at conferences and universities in London, Manila, Oslo, and throughout the United States.