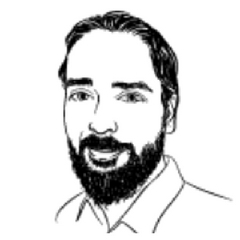 Making it Fast: The Power of Benchmarking


Making it Fast: The Power of Benchmarking

There's an old expression, usually attributed to Kent Beck, that we should "Make it work, make it right, make it fast", in that order. This talk is going to focus on making it fast.

Not long ago, I was working on a little problem in Elixir that involved a two dimensional array. Now, Elixir doesn't really have arrays, it has lists, maps, tuples, and binaries, so the one thing we can be sure about when implementing a 2-d array is that we're going to be simulating it using something else. What I discovered was surprising, and served as an important lesson about actually benchmarking things.

In this talk, we'll discuss the importance of benchmarking, demonstrate some tools that make benchmarking in Elixir very simple, and show you some surprising results about which approaches are faster in this language.

I've been developing software since the 80's.  It's been my job since the 90's, and I've been building teams to do it since about 2005.  During that time I've watched the industry change, and have done my best to change along with it.  I became excited about Ruby in 2005, because of the way it made developer productivity a high priority.  (This was a radical idea at the time).  In 2014 I discovered Elixir, and was immediately hooked.  Since then, I've helped organize EMPEX, the first regional Elixir conference, in NYC, put together a one-day beginners workshop in Elixir, and managed to get a bit of Elixir into production in my day job.