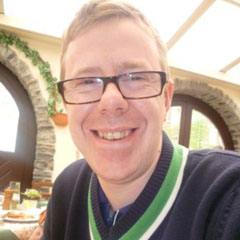 Lapedo: A Hybrid Skeletal Framework for Programming Heterogeneous Multicores in Erlang
Tutorial: Putting the Skeletons Back in the Closet: Effective Parallel Programming

We present the LAPEDO framework for programming heterogeneous multicore systems (comprising a mixture of processor types) in Erlang. Our framework combines our Skel library of parallel skeletons for Erlang, a new set of hybrid skeletons and novel refactorings for introducing parallelism, combined with the existing Wrangler refactoring tool and a new tool for managing CPU-GPU interactions. We demonstrate the use of our framework on realistic use cases, showing that we are able to quickly and easily significant and scalable speedups over the original sequential Erlang program.

Tutorial: Putting the Skeletons Back in the Closet: Effective Parallel Programming

Do you need to take advantage of the ever-increasing number of cores in modern processors? Are you unsure how to tackle the exciting programming challenges that parallel computing introduces? This tutorial introduces new pattern-based techniques and tools for Erlang that allow the programmer to quickly and easily write effective parallel code. The tutorial introduces the free Erlang parallel programming library, Skel*, shows how to quickly and automatically introduce parallelism using dedicated refactorings in a standard text editor, and gives hands-on experience with a large multicore machine, leading the programmer step-by-step through the process of writing effective parallel code.

*Skel can be downloaded from GitHub: https://github.com/ParaPhrase/skel

Notes from the trainers:

In order to help us prepare for the skeleton tutorial at the EUC on Wednesday, we would like to ask participants to download and install virtual box:

And please download and install the following virtual box image:

Chris Brown is a Post-Doctoral Research Fellow at the University of St Andrews working in the area of Refactoring and Parallelism. Chris has a Ph.D. from the University of Kent under the supervision of Simon Thompson, where he worked on the implementation of the HaRe refactoring tool for Haskell. Chris now works at St Andrews building radically new refactoring techniques and methodologies to exploit parallel skeleton and pattern applications in both the functional and imperative domains. Chris has published at major conferences in the field of functional programming, refactoring and parallelism.