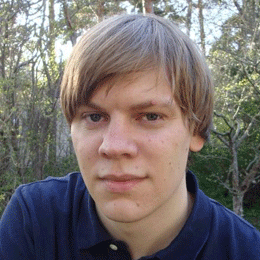 Running Erlang on the Parallella


Running Erlang on the Parallella

In this talk, Kostis Sagonas and Magnus Lång will present a work-in-progress implementation of Erlang/OTP on Adapteva's Parallella, a development platform for the Epiphany many-core architecture. A modified Erlang runtime system allows the mixing of processes running on not only different processors, but entirely different architectures, in a close to seamless fashion.

They will talk about the programming model used and how the runtime system works under the hood. They will also give a live demonstration of Erlang processes running on the Epiphany cores and talk about the current status of the project and its future plans.

Target audience: Anyone who wants to see Erlang run on the Parallella

Magnus Lång is a hard-headed pragmatic and Master student of Computer Science. Although a vocal proponent of strong and static typing, Erlang's ability to elegantly solve real problems appeal to him, and it has become one of his favourite languages. As a student he has lead several projects in Erlang, notably the project under prof. Kostis Sagonas that added support for the new map data type to HiPE in OTP 17.1. While often chosen to lead, Magnus prefers tackling difficult problem at the keyboard with a cup of coffee to herding cats.