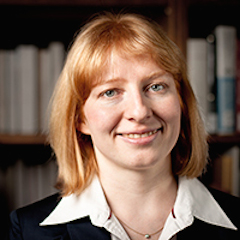 You need a data store that allows for high throughput, scalability and availability, while supporting adaptable consistency?

Antidote is a highly-scalable distributed key-value store that features conflict-free replicated data types (CRDTs), atomic multi-key writes, snapshot reads, and data partitioning. It offers different types of consistency, ranging from strong consistency, to causal consistency and eventual consistency. Antidote is written in Erlang and has been developed as part of the EU research project "SyncFree".

In my talk, I will give an introduction to CRDTs, Antidote's transaction concept, and its replication protocols. I will present Antidote's performance with several benchmarks and use cases.

You will see how your application will benefit from cutting-edge research on consistency and replication.

People who are looking for a highly-scalable key-value store to boost the availability and scalability of their application.

Cloud-scale applications must be highly available and offer low latency responses while serving millions of users around the world. To meet this need, applications have to carefully choose a high performance distributed database. NoSQL-style data stores  - providing high throughput and availability even under network partition - replaced in this setting traditional databases. They usually exhibit a low-level key-value API and expose data inconsistencies that arise due to asynchronous communication among the servers. It takes significant effort and expertise from programmers to deal with these inconsistencies and develop correct applications on top of these databases.

For example, consider that your application stores a counter which counts the number of ads displayed to a user. For scalability, the database replicates all data in different locations. What will be the value of the counter, when it is incremented at two locations at the same time? As an application programmer, you have to detect such concurrent updates and resolve conflicting modifications.

The Antidote datastore provides features that aid programmers to write correct applications, while providing high performance and horizontal scalability, from a single machine to geo-replicated deployments, with the added guarantees of causal Highly-Available Transactions, and provable absence of data corruption due to concurrency.

For example, in a social networking application, a reply to some post should be visible to a user only after observing the post. Antidote maintains such relations by providing causal consistency across all replicas and atomic multi-object updates. Thus, programmers can program their application on top of Antidote without worrying about the inconsistencies arising due to concurrent updates in different replicas.

In this tutorial we will give a guided tour of Antidote’s API and will navigate you through its rich semantic features by hands-on demos.

Traditionally, developers have had two choices for dealing with the problem. The first approach is, under concurrent modification, one of the updates wins through arbitration: picking one of the concurrent values by some other metric, such as when the operation was performed. This approach is usually problematic because the arbitration mechanism is usually nondeterministic and leads to applications that are prone to race conditions or data loss.  The second approach is storing multiple values and leaving “semantic resolution”, or choosing how to merge or reduce the values to a single value, to the application developer. Again, this approach is problematic because programming deterministic merge functions is non-trivial, ad-hoc, and error-prone.

Conflict-free Replicated Data Types (CRDTs) provide an alternative to this problem. CRDTs provide data structures that are equipped with deterministic merge functions that can be applied by the system automatically during concurrent modification. This mechanism alleviates the user from having to program complicated merge functions and allows the user to work with just single values: simplifying the task of concurrent programming.

During this tutorial, we introduce a open source reference implementation of CRDTs in Erlang, and walk through understanding where the concurrency issues arise and how CRDTs can be applied to
make your concurrent applications easier to program and understand.

Annette is a lecturer and researcher at the University of Kaiserslautern. She received a PhD in Computer Science from the University of Freiburg in 2011 and spent one year as postdoctoral researcher at INRIA Paris-Rocquencourt. Her research interests include semantics of concurrent and distributed programming, with a focus on replication, synchronization, and programming language concepts such as Software Transactional Memory and Replicated Data Structures. Annette was involved in several national and international research projects, and is currently applying lots of Erlang in the EU-Project "SyncFree: Large-scale Computation without Synchronization".