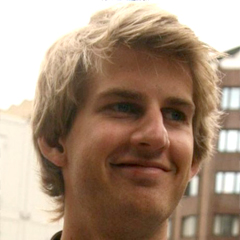 Zotonic: Erlang for the Web


David de Boer
Usually Functional, Once in a While Dysfunctional, Programmer


Zotonic: Erlang for the Web

So you know and love Erlang, but what if you want to build content applications for the web? Use some big Java-based CMS? Or stick with Erlang and do everything yourself? No; use Zotonic instead!

Zotonic is the open source Erlang web framework and CMS. We’ll look into some of its core features: how routing, powerful and tight JavaScript integration enable small teams to rapidly build modern websites. Zotonic’s flexible, graph-like frees your users’ content. Out-of-the-box HTTPS makes the web more secure. Because of its extensible architecture, the framework is perfectly suited for large and complex projects, too.

As Zotonic will soon turn 1.0, I’ll share with you some lessons we learned while improving performance (binaries and Cowboy), enhancing the developer experience (Docker and documentation) and updating Zotonic for the present-day Erlang community (Hex and packages).

David de Boer believes that sharing knowledge and code can make a difference. As  developer at , Amsterdam, he enjoys helping people to work together. An open source enthusiast, David maintains, as well as contributes on, several projects, including Zotonic - the Erlang web framework. Most recently, he has been exploring the boundaries between object-oriented and functional programming, and how to bring the two closer together.