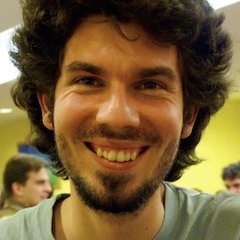 XProf solves All Your Performance Issues


XProf solves All Your Performance Issues

In this talk we will introduce XProf, an open-source visual profiler for Erlang and Elixir, a new addition in the spectrum between complex monitoring software and clever, command-line tracing and debugging tools. XProf was created to help solve performance problems of live, highly concurrent and utilised Back-end systems. It is often the case that high latency or big CPU usage is caused by very specific requests that are triggering inefficient code. All right, XProf won't solve all your problems, but it helps you nail down and visualise these kind of issues, which could be pretty difficult to find in other ways. It is useful in both - ad-hoc inspection in order to understand blips and spikes - and also in long term, iterative performance analysis of certain parts of your system.

During the talk we will walk through the tool features and architecture, how we recently added full Elixir syntax support and discuss some implementation details to achieve small overhead. Also tell about some real-world issues we managed to track down with this simple but awesome tool.

Peter spent quite a few years at Ericsson where he became an Erlang native. Later he utilised his experience in various other industries from sports-betting to online advertisement at Erlang Solutions. Recently joined Appliscale to fight with cloud-scale systems.