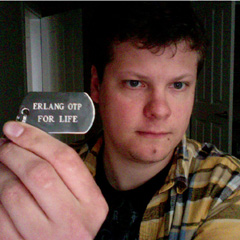 Cutting edge markets often warrant using cutting edge technologies, even if it is just to fully match the spirit of pioneering. We’ll talk about building systems based on pre-released technologies, with one of these being (obviously) Elixir programming language. We’ll discuss the dos and don’ts and share some experiences and lessons and try to answer the question of when should one start using Elixir.

Target audience: The curious types that can’t live a day without toying with something new.

Yurii has been using Erlang on and off since 2001 for commercial and open source projects, always returning to it from his endeavors with other platforms. Among other things, his open source Erlang work includes erlzmq2, beam.js, seqbind & exportie, proper_stdlib, evfs, socket.io-erlang, agner, epitest and EEP 39 implementation. Yurii also actively contributes to Elixir (BEAM-based programming language, a meta-compiler for Erlang) and its ecosphere (hypnotoad, expm, genx, cage, exn, relex and many others). Yurii resides in Vancouver, British Columbia (Canada).