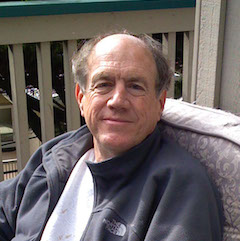 Actors are becoming ever more important because of our increasing dependence on the following:

In carrying out the above work, it is helpful to distinguish between the following:
Specific examples will be discussed of how to use ActorScript and the Actor Model for engineering large-scale information systems in datacenters and for the Internet of Things. In particular, Actors can help avoid many pitfalls and problems that are commonly encountered.


Technical and engineering aspects of Actors for CyberThings even bear on possible resolutions of the current FBI/NSA proposal for mandatory backdoors in the Internet of Things.


Professor Hewitt’s recent research centers on the area of  Inconsistency Robustness, i.e., system performance in the face of continual, pervasive inconsistencies (a shift from the previously dominant paradigms of inconsistency denial and inconsistency elimination, i.e., to sweep inconsistencies under the rug). ActorScript and the Actor Model on which it is based can play an important role in the implementation of more inconsistency-robust information systems. Professor Hewitt is an advocate in the emerging campaign against mandatory installation of backdoors in the Internet of Things.


Professor Hewitt is Board Chair of iRobust™, an international scientific society for the promotion of the field of Inconsistency Robustness. He is also Board Chair of Standard IoT™, an international standards organization for the Internet of Things, which is using the Actor Model to unify and generalize emerging standards for IoT. He has been a Visiting Professor at Stanford University and Keio University and is Emeritus in the EECS department at MIT.
Back to conference page