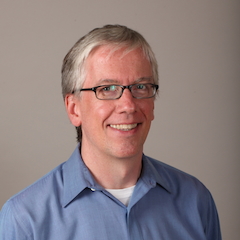 Steganography involves the hiding of information in plain sight. A historically common technique is to place the bits of a message in the low-order bits of a dummy file, such as an image. Such modification can be difficult to visually notice, yet allows for the programmatic extraction of the data.

An alternate approach is to include message data within otherwise normal parts of a message, such as a message header, defined by a protocol. Encoding data with fields such as numeric identifiers, or optional payloads, also allows subsequent, realtime, retrieval.

This talk will cover background on steganography and its uses, and demonstrate how these techniques may be employed with Erlang, with live coding examples.

- Introducing the concepts of steganography and information hiding

- Showing the benefit of leveraging existing OSS projects for other work;

- Developers of all levels with an interest in creating uses of Erlang and protocols for purposes they're not necessarily designed for;

Derek started programming on an Atari 800 in the mid-1980s, and was hooked. He did some C and C++ after college while doing a C.S. Masters at Polytechnic University in New York City, and worked largely in Java for most of the 2000s.

While working on Wall Street around 2012, Derek became a fan of functional programming (independently of work). But nevertheless he succeeded in starting an FP speaker series at the company, hosting speakers with audiences viewing around the globe - Simon Peyton-Jones, Martin Odersky, Matthias Felleisen.

Moving on, he worked with Scala and Clojure, while becoming a co-owner of the Erlang NYC Meetup, and started at Accordant Media, working on realtime bidding with Erlang.