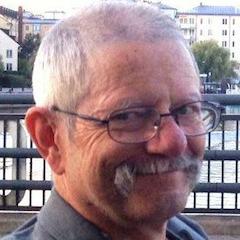 Keynote: From WhatsApp to Outer Space


Keynote: From WhatsApp to Outer Space

This will be a joint keynote, given by Mike Williams, Joe Armstrong and Robert Virding

The Internet and Web are the world's largest distributed concurrent system, the problem domain and challenge Erlang was designed to to address. This is what the developers of many successful money-making systems using Erlang have understood and exploited.

As systems are getting more complex, how do you get better tools and build sustainable teams? We have been running development projects using Erlang for many years and can tell you how to recruit and train Erlang programmers and how to start up projects. Maybe also a bit about what not to do! It's easier than you think.

But a new set of challenges are about to come our way. We're getting massive multi-cores, massive memories, energy aware *everything*, wireless, solar, always connected - the entire industry is changing *again*. Is the Erlang echo-system ready? As the domain space keeps on changing, what must we be aware of, what can we keep, and what must we change? We’ll be giving you our answers, after which we will throw the microphone in the audience so can put yours forward.